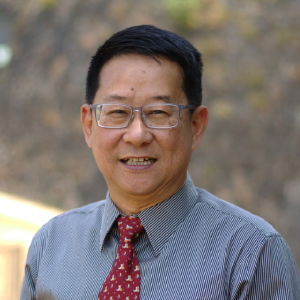 Family and Personal Interests
Rev. Jun Kim has been married to Jane C. Kim since 2004 having four daughters (Da-eun, Yeoul, Ahin, and Liel). Jane is a graduate of APTS and interested in Christian education empowering local churches in missions fields. Ministerial Background
Debbie was appointed a missionary with Assemblies of God World Missions in 1997 and holds a certificate of Christian Ministry with the Assemblies of God, USA. Previously she served as a short term missionary to Korea, China, Israel and the Ukraine. She taught English at APTS in 19996-1997, then served in the Bicol region of the Philippines with her husband, Dave, as faculty menber and then president of Evangel Bible College.

Family and Personal Interests
Prayer and listening to the Lord, teaching, writing training materials, pioneering new ways to do ministry including evangelistic ministry, prophecy and waiting on the Holy Spirit. Ministerial Background
Elavaya Oseso has been in ministry since 2000 and has served in Kenya as a Pastor in the areas of prayer, worship and youth ministries. She has also served as a missionary with Youth with A Mission and Campus Crusade for Christ serving in Kenya, the Philippines, Malaysia and South Africa. Elavaya has a passion to see women grow in the area of prayer and intercession and since 2010, she continues to lead a prayer ministry for women. She is also a conference speaker and has spoken at women, youth and worship conferences.

Family
Elavaya Oseso is married to Pastor Anthony Oseso and they have three children Jodi, Daniel and Danielle. Ministerial Background
Prior to entering fulltime ministry serving as the Business Administrator at APTS, Ed held numerous positions serving in the US Army and in the Active Guard/Reserve Program for the New Jersey Army National Guard. He retired from active military service serving as the Assistant Chief of Staff for the New Jersey Army National Guard in his last military assignment managing a force structure of 7800 soldiers.

Ed loves supporting his church and community. Ed and his wife Sherry, conducted church growth groups and held weekly prayer meetings for several years. Ed also performed on a praise and worship team. Ed was elected as a township committeeman and prior to this position, a township school board member. The school board appointed him to serve as School Board President. He also served as a member of a township zoning, planning, and veterans advisory board. He was also appointed as a deputy township emergency management coordinator.

Ed was called to serve fulltime at APTS after being commissioned by the (AGWM) Assemblies of God World Missions in March 2017. Ed and his wife Sherry, lead a non-profit 501(c)(3) organization through which they have taught, evangelized and ministered through the Spiritual Gifts of Healing, Prophesy, and Deliverance in Israel, Bangladesh, China, Vietnam, Cambodia, Turkey, Hong Kong, Philippines, France, Canada and the United States.

Areas of Research Interest, Writings and Teachings
Ed has published numerous regulations, policies, standard operating procedures and operational orders while serving in the military. He also drafted bills for consideration in the State of New Jersey Legislature serving as a township committeeman. He developed curriculum for high school courses such as Graphic Design, Mass Media, Studio Production, Criminal Justice and Leadership. He also collaborated to develop dual credit high school courses where students could obtain college credits at Cumberland County College after completing selected high school courses. These courses were approved by the Vineland City School District and the Cumberland County College Board of Directors.

His teaching interests include teaching the Spiritual Gifts, Five-Fold Ministry, and the Jewish Roots of Christianity. Ed and his wife Sherry has produced and sponsored a Celebrate Israel Concert in Beijing, China performed by Joshua Aaron, and produced and sponsored Israeli-Philippine Festival concerts performed by Paul Wilbur in a five-city Philippine tour in Davao, Bacolod, Manila (MOA), Baguio, and Tuguegarao. They also sponsored and produced the World Camp for Jesus in 2015 (Phnom Penh, Cambodia), 2016 (Iba, Philippines), 2017 (Jerusalem, Israel), 2018 (Paris, France), and 2019 (Toronto, Canada). They also produced and sponsored various other Christian praise and worship concerts in the Philippines, Cambodia, China, and the United States.

Family and Personal Interests
Ed and Sherry Benish have been married over 10 years. They have two children who reside in Maryland and New York. Now retired from the US Army and public education after 37 years of service, Ed enjoys serving at APTS and ministering following the leading of the Holy Spirit. He also likes to sing and play acoustic guitar worshipping the Lord, and praying and interceding for others.