Ministerial Background
Prior to joining the faculty of APTS, Kay, a New Zealand national, was in charge of Adult Christian Education at Takapuna Assembly of God (now Harbourside Church, North Shore City, New Zealand. She also served as Instructor of ICI University (now Global University) for six years in New Zealand. She is an ordained minister of the Assemblies of God in New Zealand.

Areas of Research Interest, Writings and Teachings
The title of her M.Div. thesis is, “An Exploratory Study of Levels of Moral Reasoning Among Filipino College Students as a Function of Academic Setting (Theological or Secular), Level of Self-Esteem and Gender,”. The title of her Ph.D. was “Literary and Empirical Readings of the Books of Esther”. This has been published by Peter Lang under the same title.
Other publications include:
“Where the Spirit of the Lord is . . .” : A Commentary on the Release of Women into Ministry in Dharma Deepika, India.
“An Investigation into Successful Leadership Transitions in the Old Testament” in APTS 40th Anniversary Volume and in the Asian Journal for Pentecostal Studies.
1987 – Teacher’s Guide for ICI Christian Service Program book, Abundant Living: A Study of the Fruit of the Spirit.

Family and Personal Interests
In addition to her role as Academic Dean and lecturing in Old Testament at the Seminary, Kay is also Senior Pastor of International Praise Center, an international Assemblies of God Church in Baguio. She also travels in her summer breaks to Mongolia, where she teaches in the Bible School, and is an advisor to the National Council of the Assemblies of God in Mongolia. Kay is currently adjunct faculty at Alphacrusis in Sydney. During her spare time Kay is a keen Scuba Diver, having qualified for both the Master Scuba Diver, and Dive Master certification with PADI.

Ministerial Background
Laura served as a professional librarian, as well as a press journalist and a correspondence reporter for Christian Tribune and several Christian Periodicals, in Taipei, Taiwan, until she went to the US for further studies in 1991. Ordained by Third Day churches in San Diego, USA, in 2005. Upon finishing her academic studies, then published her dissertation into a book in Chinese as 妈妈老师 in 2008. Since then she traveled extensively to different places and countries to advocate the biblical values of education by conducting seminars and workshops for parents and educators in the church context. Seminar and workshops topics included: Godly Parenting in the 21st Century; Homeschooling vs. China Mission in the Global Era; Living fully with the True Color of Life; and From the Three Kingdoms to the Three Unison of Blessings. Before coming to APTS, Laura had served as a full-time seminary teacher in Taiwan. Design and develop life-changing curricula and teach practical theology courses to impart Kingdom value on people’s lives are always the goals of her teaching.

Areas of Research Interest, Writings and Teachings
Laura has written articles on the personal spiritual growth of the Chinese homeschooling mothers regarding their faith and cultural experiences. Her dissertation, Dare to Homeschool: the Faith Journey of 100 Chinese Mommy-Teachers was published by Hong Kong Baptist Press as part of their Challenges and Responses series in 2008. Laura’s passion is to see people’s life transformed by having a paradigm shift when coming to terms with learning. This has led her into research on social media, experiential learning, and Jewish root of Christianity.

Ministerial Experience
Robert Menzies began his teaching career at Asia Pacific Theological Seminary (APTS) in the Philippines in 1983. After teaching there for two years he and his wife, Joanne, moved to Aberdeen, Scotland where Robert completed his Ph.D. studies (New Testament) under the supervision of I. Howard Marshall in 1989. In 1990 the Menzies resumed their missionary career in Asia, which has now spanned over 30 years. For the past 28 years the Menzies have served in China, where they have been involved in leadership training and holistic community development. Robert now serves as the Director of Synergy, an organization that seeks to enable rural villagers in Southwest China to live productive and fruitful lives. Additionally, Robert is an adjunct faculty member at the Asia Pacific Theological Seminary in Baguio City, Philippines. Robert has also taught at Bible schools and seminaries in Australia, Fiji, Holland, Indonesia, Japan, Malaysia, the Philippines, Russia, and the United States. Robert’s writings on New Testament pneumatology, especially Luke’s distinctive contribution, have served as a catalyst for fresh thinking and discussion in this area. He is currently engaged in research on the missiological purpose of Luke-Acts. 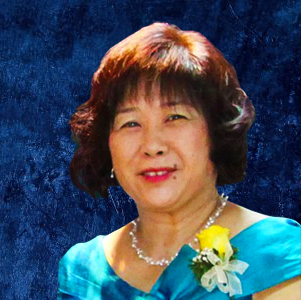 Ministerial Background
Raised in a large Roman Catholic Family of seven, Tom received Christ while in College, at the age of 24 in an Assemblies of God church. Shortly after this he joined the Christian Service Corps, a short term missionary organization in Washington D.C. and did a short term missions support stint in Mali, W. Africa, after this he also worked at the headquarters in Silver Springs, MD. He then attended AGTS in Springfield, MO and earned an M.Div and M.A. in Pastoral Counseling. He has been a licensed AG Minister since 1985 and ordained soon afterwards.He is originally from Springfield, Massachusetts but moved to Oregon to pursue a doctorate in Clinical Psychology at George Fox University in 1993, and settled down in Oregon. He did a one year doctorate internship at Emerge Ministries in Akron Ohio. His dissertation was on a mission theme, "Developing a Transcultural Pastoral Counseling Training Model."
He has counseling practices in both Oregon and Vancouver, Washington. He has enjoyed doing short term missions work in such places as W. Africa, India and the Philippines. He has done a variety of teaching/seminars in the Philippines has taught Pastoral Counseling and related subjects at APTS, and is excited to become a non-residential staff member. He is interested in the integration of healthy mental health principals/practices and Pastoral Counseling.